Jim O'Rourke -- An American musician/ composer/ record producer born in Chicago in 1969. He has an extensive background in diverse music scene from pops to free improvisation and electronic music. He is well-known as a member of the band "Gastr del Sol" and "Sonic Youth" and won a Grammy award as a producer of "Wilco". Also he has been working on many film musics with Werner Herzog, Koji Wakamatsu etc. He is now based in Japan and has been delivering versatile musical works to the world.

1I.W.L.This patch name stands for "It's a Wonderful Life" derived from an album by one of Jim's heroes, Henry Kaiser. This patch reproduces his way of changing the pitch of the instrument using the square wave modulation. The internal sequencer is used to jump up/down an octave and fifth of each sound of the two oscillators and the guitar sound. CTL1 pedal changes the lengths and the rates of each sequence pattern."The self-contained system that play you as much as you play the sy-300 patches."
2WavesThe texture continuously changes by controlling many elements by the internal waves. Two sine waves of the LFOs inside the SY-300 control the balance between three oscillators. The other LFO controls the mixer afterwards to continuously change the mix balance. Slow Gear effect is used at several points as envelope followers like ADSR in modular synthsizer terms.
3Slow RoundsThe internal sine waves are used to change the frequency of filters at different length. That makes notching sounds. By setting the rate of the sequence sounds in different length, they never meet at the same place. That makes this continuously evolving and flowing sound.
4HoldVarious internal control of filters creates living-like ambient sound. CTL1 button hold the oscillator sounds to overlap things on the chords. Simple sine waves are recommended to overlap so that it avoid to become too dense.
5PitchyThe second and third oscillator are assigned as ring modulator using the first oscillator as a carrier signal. Both the carrier and the ring modulator signals changes the pitches according to playing dynamics. This patch really shows how much the dynamics you are playing can effect what kind of sound comes out. It can a crazy sound, or very subtle one as well, depending on how you play.
*This live set was created with SY-300.
*These patches reproduce each sound as described above, but not perfectly reproduce the originals. 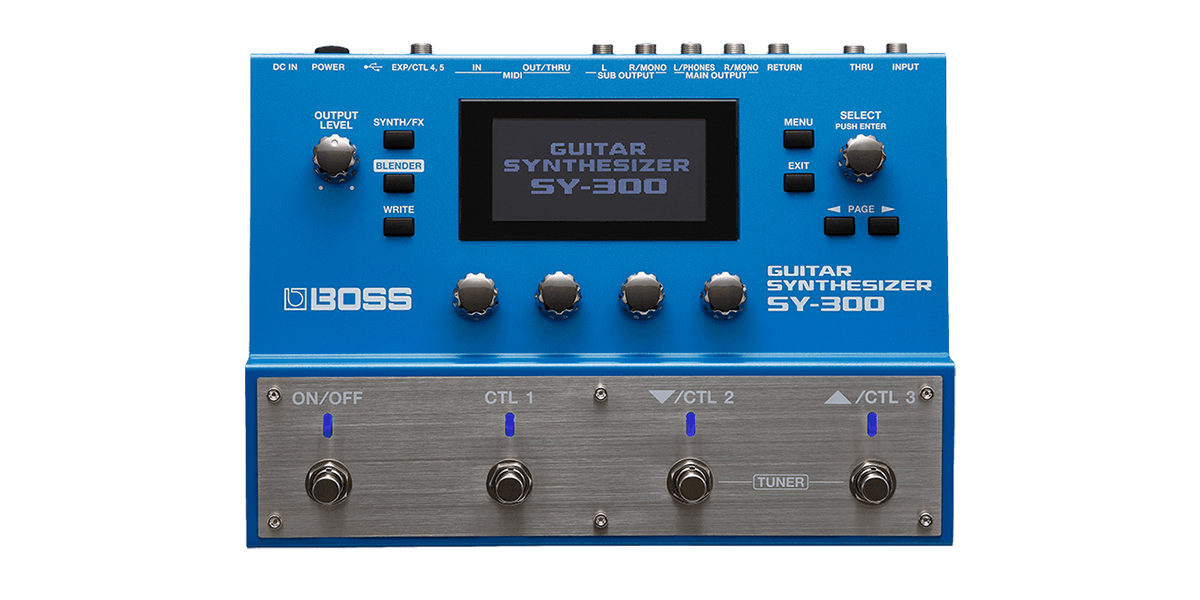